Skip to content
You are here:Home-articles-A Smarter Proficiency Test 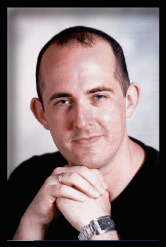 In Canada, placing French language students in university programs is a bit more complicated than other countries. With such a wide variety of French speakers, finding the right level for each one becomes more important, and more difficult.

French Professor Jeffrey Steele wanted to design a placement test for incoming French students at U of T. So he did what any good language teacher would: create an online French test that measures potential students across six areas of comprehension, with development help from an ITIF grant. Now incoming students could be better placed.

Sounds like an open and shut case—but it’s not that simple.

“This is not a placement test,” Steele says. “It’s a proficiency test used for placement.”

As it turns out, Steele’s test is useful for a lot more than simply placing students in the right class. And that’s a big part of why he chose to develop it in the first place.

For starters, Steele’s test is more comprehensive than any of the few existing standardized French tests that were available. Its online modules test vocabulary, grammar, reading and writing, along with speaking and listening. The program also logs all the answers of its users, because one of its biggest purposes is data collection.

“It’s also a research tool,” Steele explains. “Anything online can collect a lot of data quickly. And I’m really interested in having that data.”

With more data, the test’s other uses come into play. The first is that it can be used to evaluate the current teaching curriculum. By getting a baseline test for all incoming students, and then deploying it again later on, it presents a perfect way to help inform teachers if what they’re doing is making a significant impact. Thanks to the all-encompassing nature of the test, it’s also able to highlight exactly which areas are doing well, and which ones need some bolstering.

And beyond course evaluation, the test presents a lot of opportunities to examine the psychology of learning. Do people with better vocabulary scores speak the language better? Do better listening skills indicate better speaking skills? Do people who have different first languages learn French better than others?

“We’re hoping to find some of these answers with real data,” Steele says. “We can test a lot of common sense assumptions with this data.”

And it’s not just for French, either. Steele says a shell of the test that can be used for any other language is in beta development right now. With any luck, it will soon be helping language teachers across the university.