Skip to content
You are here:Home-articles-Gaming in an Alternative Reality: Ballon’s vision of making Mental Health Known 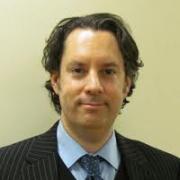 Back in 2006, Dr. Bruce Ballon, an associate professor in the Department of Psychiatry at UofT, was the mastermind behind creating the Multiple Interacting Reality Alternative Generated Environment, MIRAGE for short, as a way for people to experience how perception affects behaviour through role playing. The game came out of the SAGE (Situation and Gaming Education) Network. Ballon’s idea was to create a video game where anyone can feel and understand what it is like for patients suffering with mental health issues. Funding for the project came from the ITCDF.

According to Ballon, who is also the Director of Education for the Simulation Network of Ontario, the point of the SAGE project was for people to realize how patients with mental illness view things differently. The MIRAGE game featured different players, each immersed in the same game, but from a different point of view. Each player is told a different story before embarking on the game. What they see and hear is different from one another, despite playing the same game, yet the players all believe that the game on their screens is the reality. This project’s simulation platform allowed the players, each viewing a different environment (but coming together to learn), to see what reality would be like for a patient with a mental health issue.

For example, Player One would be told a story about being on Mars and captured in a unusual environment on a different planet. They are told that need to free the inhabitants stuck on the planet. Simultaneously, two other players see an Emergency room on their screen, where they are told that the character controlled by Player One may seemingly be intoxicated, violent and seeing things. The purpose of the game is for all these players to interact with each other, believing they are part of the same situation, when in fact, they are experiencing different situations depending on the story they are given. Player One believes being stuck on Mars is their reality, while Players Two and Three believe they are dealing with an intoxicated and violent patient in an Emergency Room. The goal, of course is to experience how patients with mental illnesses interact with other people and see the world differently.

While Ballon was able to develop the MIRAGE prototype himself,, the SAGE project’s funding wrapped up and to date, he hasn’t found the funding to move the MIRAGE game to the next level of development. The next step in the development process is to work with the game designers to improve the experience and user interface, says Ballon, who is an addiction specialist with the Centre for Addiction and Mental Health.

One of Ballon’s biggest concerns was trying to figure out how to make MIRAGE more easily available. Ballon’s prototype relied on a gaming engine called “Unreal Tournament” in order to run the game. The problem was that every person who wanted access to MIRAGE had to download “Unreal Tournament” onto their computer system first. Ballon’s hope was to find an easier way for everyone to be able to access it. Ballon had a proof of concept that showed what could be done, but he is still hoping to figure out a way to make it easier, perhaps by making it a web-based game.

Of course, technology has changed tremendously since the original inception of this project in 2006. Ballon recognizes that the programming for MIRAGE would have to be changed if he was producing his program now. So much time has passed, and there are so many different types of software programs, for Ballon it is a matter of finding the right environment best suitable for this particular game, and determining how real the game has to be in order to get his point across to players.

Ballon is constantly thinking about where MIRAGE could be going next and he is still optimistic that the game will eventually be used to teach about the struggle of mental health issues.