Four years ago, the H1N1 Swine Flu pandemic made its way around Canada, approaching the University of Toronto just in time for the fall semester. With the possibility that thousands of students would be encouraged to stay home, the problem of how the afflicted would be able learn outside the classroom needed to be solved, quickly. 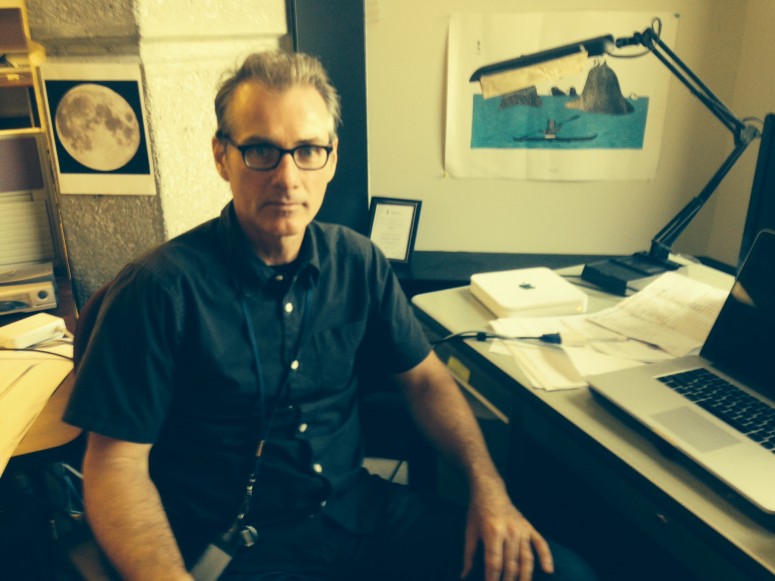 Fortunately, Gordon Belray, the Library’s Information Architect, was working on a project that could offer some help. With the flu pandemic as motivation, his MyMedia web application was developed, and is now the Libraries’ main tool for students and faculty to upload and view video and audio material—from lecture captures, to course material, to projects.

Before the pandemic, however, MyMedia was more of a pet project itself than a campus-wide resource. It began with an ITCDF grant in 2006, for “U Podcast.”

“I had done a lot of video work as part of teaching support,” Belray explains. “I would often record fine art studio demonstrations, artist talks, or lectures. And I needed a way of hosting, delivering, and managing this content online.”

In other words, he needed a platform for students to access course material, in this case videos and audio recordings, and for instructors to upload them.

So he proposed a tool that could deliver content via RSS feeds, either embedded into websites or streamed into podcasts. After getting some recording equipment and developer time with the ITCDF grant, he was able to launch the service in 2007.

Belray phased out the project as he began work on a new video service—this time based on YouTube, not podcasting. U Podcast’s original functions were upgraded into his MyMedia application, a “YouTube-type service” for the university to manage audio and video uploads. It was a localized effort at first, but that didn’t last long.

“For me, I needed it to host video content that I was developing for the art department,” Belray says, “but I also knew that there was growing need for such a service on campus.”

That need became impossible to ignore as the prospect of a flu pandemic became a reality in the summer of 2008. So, university IT services helped to swiftly develop MyMedia for wider use, and integrated it with existing lecture capture software. Now, it was easier to access, more files could be uploaded, students could upload files, and it had centralized support from Belray and the library.

MyMedia is currently pushing an impressive 20,000 uploads, a “good number” for Belray, considering the circumstances.

“This is without any heavy promotion from within the university, and without any discovery layer—meaning I can’t go in and see a list of videos, or what’s popular.”

And despite the success of MyMedia, Belray doesn’t see it as the end-all be-all for learning with video at U of T. It’s currently in the midst of an upgrade, which will provide features like Blackboard integration, captioning, multiple device streaming, better statistics on usage, and a discovery layer, according to Belray.

“Video is an important component of learning—and there’s always a need for better solutions as technologies evolve.”